How to take spirulina and chlorella together?

What is Chlorella? Chlorella is a single-celled green microalgae native to Japan and Taiwan, rich in amino acids, omega-3 fatty acids, potassium, phosphorus, biotin, magnesium, B vitamins, beta-carotene, and chlorophyll. Chlorella can provide protein as well as various minerals. These minerals make up 287% of the daily recommended intake for vitamin A, 202% for iron, 133% for zinc, 71% for vitamin B2, 33% for vitamin B3, and 22% for magnesium. 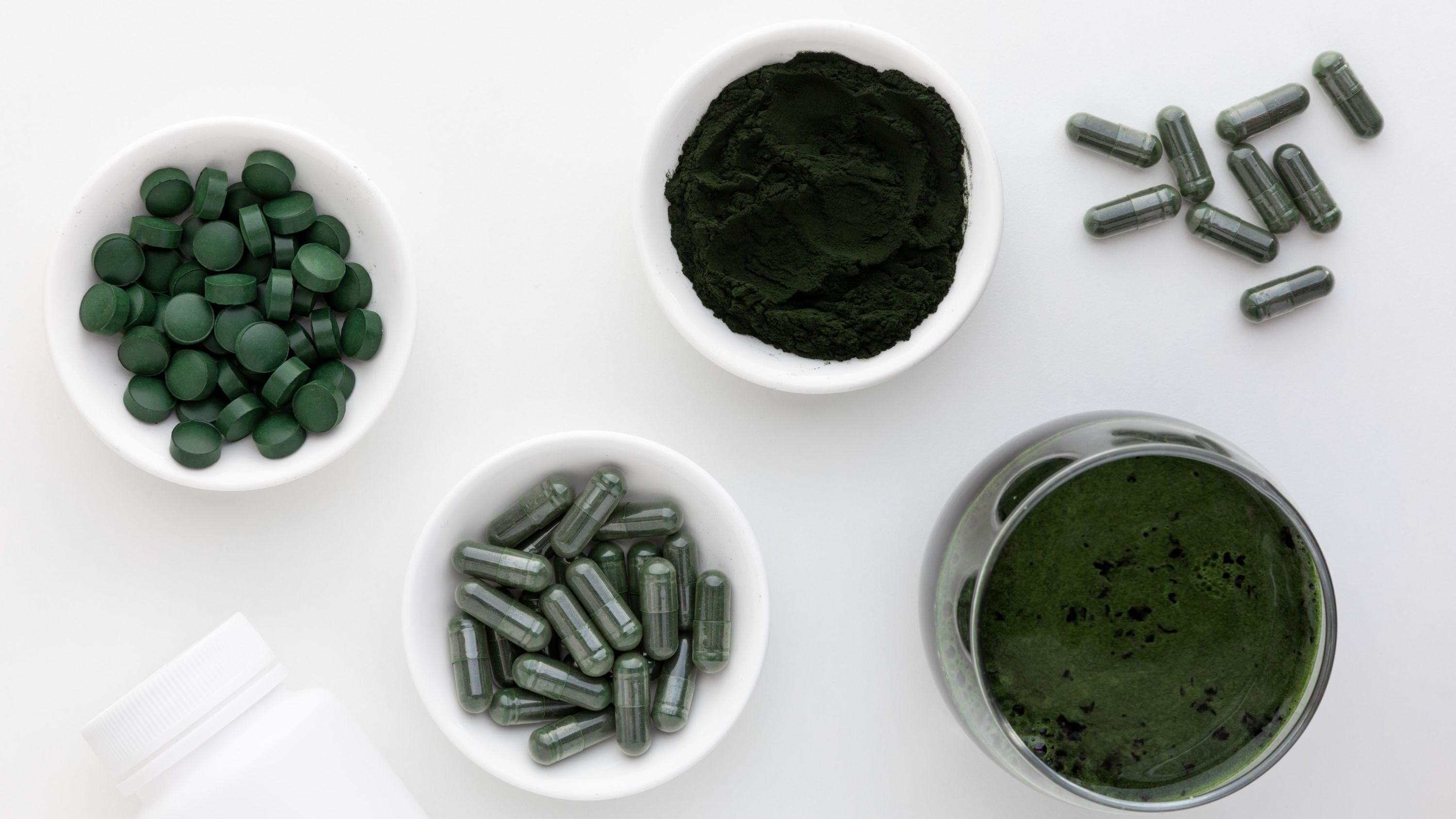 What is Spirulina? Similar to Chlorella, Spirulina is a single-celled green microalgae (a blue-green variety) that is high in protein (higher than Chlorella), is said to have detoxifying properties, and is also rich in omega-3, Iron, magnesium, copper and several B vitamins. Some people rate it highly, calling it "the most nutritious food on earth". Dried spirulina contains protein and various minerals. These minerals make up 33% of the daily recommended intake: vitamin B1 33%, vitamin B2 (riboflavin) 45%, niacin 12%, copper 62%, iron 33%, and adequate amounts of magnesium, manganese, potassium and omega-3 fatty acids. There are many benefits of taking Chlorella and Spirulina, mainly including the following:

1. Toxic Expelling Heavy Metals and Radiation Chlorella can attach to toxic elements like cadmium, lead, mercury and uranium in the body, preventing them from being absorbed by the body. These pollutions come from many sources in life, such as food (fish), mercury fillings for dentists, polluted air and water, paint, vaccinations, etc. Chlorophyll in Chlorella also protects against damage caused by UV radiation. Taking some Chlorella regularly can prevent the accumulation of heavy metal toxins in the body and remove radiation pollution.

3. Boosts immune function According to a 2012 study published in the Journal of Nutrition, chlorella helps boost the ability of immune system cells. Another study, published in Phytotherapy Research in December 1990, showed that some brain tumor patients who took chlorella had significantly fewer symptoms of respiratory infections and colds than those who didn't.

4. Delay aging, who doesn't want to delay aging? The carotenoids and superoxide dismutase (SOD) contained in spirulina help to maintain the skin and reduce the occurrence of age spots, acne, rashes and eczema. A 2013 study published in the journal Clinical Laboratory noted that chlorella significantly reduced oxidative stress, a major factor in aging. An unbalanced diet, pollution, and life stress can all contribute to oxidative stress. Chlorella also boosts levels of glutathione, vitamin A, and vitamin C in the body, which help remove free radicals that can damage cells.

6. Anti-cancer Chlorella supplements help fight cancer by enhancing the function of the immune system, removing heavy metal pollution from the body and enhancing the vitality of T cells. T cells are an important class of immune cells.

8. Maintain Cardiovascular Health Spirulina has a special cellular structure composed of glycosaminoglycans that are easily digested, so algae can reduce triglyceride and cholesterol levels, thereby supporting cardiovascular health. A 2016 study published in the European Review of Medicine and Pharmacology revealed that high blood pressure, overweight adults who took spirulina daily for three months had better blood pressure, endothelial function and body mass index (BMI). improvement, which has a positive effect on cardiovascular health.

YANGGEBIOTECH can provide you spirulina and chlorella as below specification: